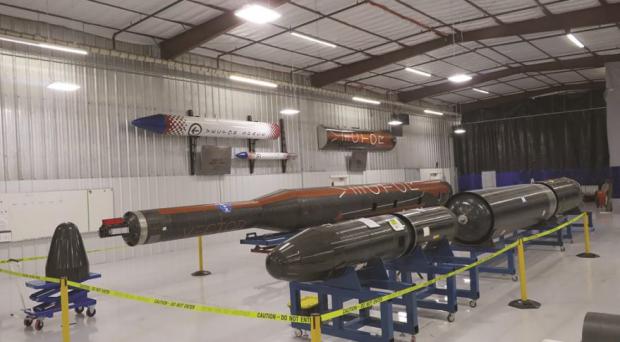 WASHINGTON — Vector, a small launch vehicle developer that went bankrupt in 2019, is getting a second chance under new ownership, with changes to both its technology and initial markets.

Vector has raised more than $100 million to develop a family of small launch vehicles, but suspended operations in August 2019 and laid off most of its employees after one of its key investors pulled out. The company filed for Chapter 11 bankruptcy in December and later decided to sell its assets.

Vector's satellite assets, called GalacticSky, were acquired by Lockheed Martin in February for $4.25 million. Vector's launch assets were sold in May to an entity known as TLS Bidco LLC for $1.175 million, according to bankruptcy court filings.

The new owner of Vector's launch assets is a consortium led by John Moran, president and chief executive of Moran Logistics, a shipping company based in Pennsylvania. They are restarting Vector with Robert Spalding, a retired Air Force brigadier general who previously served on the staff of the National Security Council, as chief executive.

Spalding said in an interview he had been familiar with the original Vector during his time at the White House because of his work at the time on developing secure 5G networks. After leaving government service, he started up a 5G company and talked with Vector about supporting those plans. He kept in contact with Vector after it filed for Chapter 11 and convinced investors to purchase the assets.