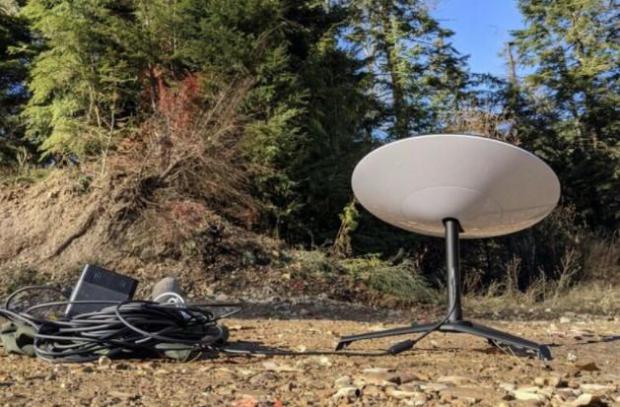 Photos are starting to leak from SpaceX Starlink beta users, who are trying the satellite broadband service in remote areas for the first time. So far, the beta testing appears to be going far better than that of full self driving.

One beta tester shared his experience on Reddit after he brought his Starlink equipment to a remote forest in Idaho. There, he said he was able to achieve 120Mbps download speeds and access the internet at lightning fast speed.

He wrote that the service "works beautifully." He continued: "I did a real-time video call and some tests. My power supply is max 300w, and the drain for the whole system while active was around 116w."

"Starlink pulled that off in a place where [the user] couldn't get any cellular service from Google Fi, which relies on the T-Mobile and US Cellular networks. There is no cell here with any carrier," he said, according to ARS Technica.

The user put the satellite dish on the ground in an open part of forest and did a speed test to confirm his 120Mbps download speeds. He said the results got worse as he moved into more heavily forested locations.