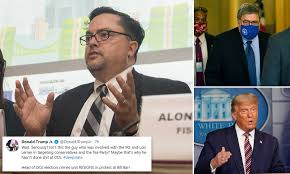 "Having familiarized myself with the new policy and its ramifications... I must regretfully resign from my role as director of the Election Crimes Branch."

Does it not seem odd that when asked to investigate voter fraud, the gentleman who is in charge of investigating voter fraud chooses to resign rather than do his f**king job?

Perhaps it was his alleged involvement in the Lois Lerner IRS targeting Tea Party groups debacle that triggered this resignation?

In a day when numerous lawsuits were filed challenging the outcome of the presidential election, and when prominent Republicans such as Mitch McConnell finally came out in support of Trump's contention that the election was rigged, late on Monday Attorney General William Barr authorized the Justice Department to launch a probe into "substantial allegations" of voter fraud in the 2020 election, the AP first reported.

In a letter to US attorneys across the country, Barr said they could conduct investigations "if there are clear and apparently-credible allegations of irregularities that, if true, could potentially impact the outcome of a federal election in an individual state." 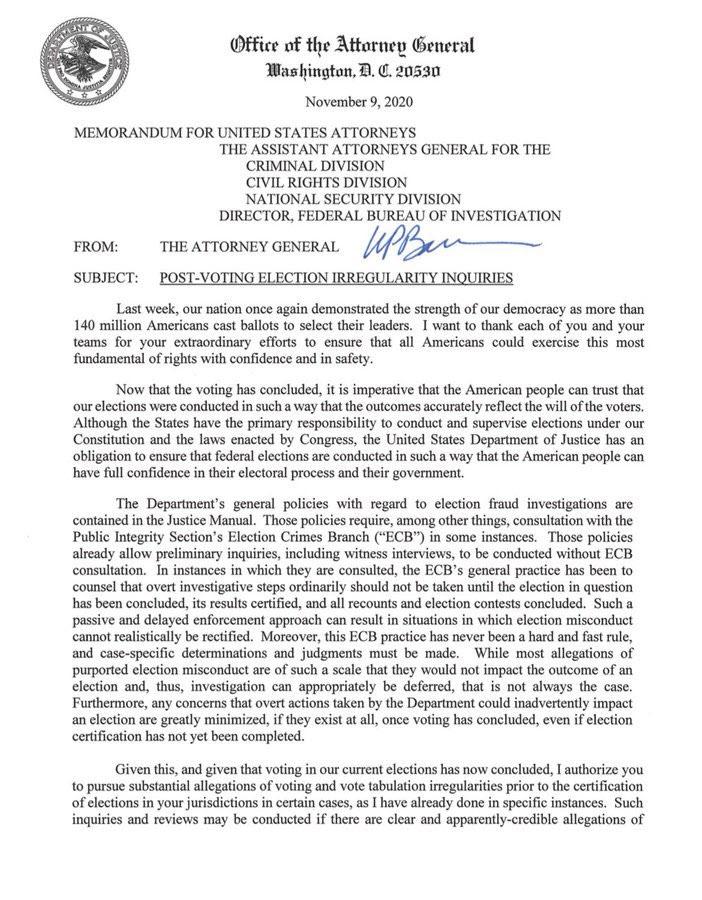