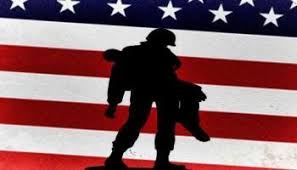 The 2020 presidential election may be over, but nothing has really changed.

The U.S. government still poses the greatest threat to our freedoms.

More than terrorism, more than domestic extremism, more than gun violence and organized crime, even more than the perceived threat posed by any single politician, the U.S. government remains a greater menace to the life, liberty and property of its citizens than any of the so-called dangers from which the government claims to protect us.

This threat is especially pronounced for America's military veterans, especially that portion of the population that exercises their First Amendment right to speak out against government wrongdoing.

Consider: we raise our young people on a steady diet of militarism and war, sell them on the idea that defending freedom abroad by serving in the military is their patriotic duty, then when they return home, bruised and battle-scarred and committed to defending their freedoms at home, we often treat them like criminals merely for exercising those rights they risked their lives to defend.

The government even has a name for its war on America's veterans: Operation Vigilant Eagle.