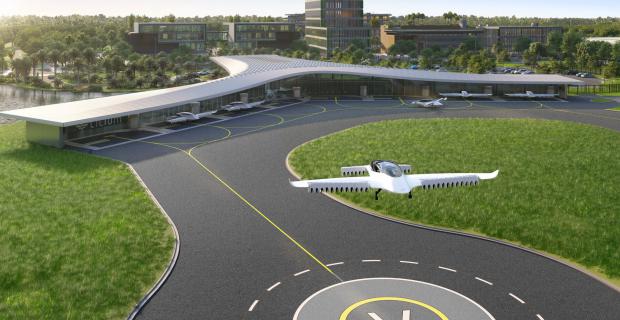 The 56,000-square-foot transportation hub, shown for the first time in renderings and in a video simulation, resembles an airport terminal. Think Eero Saarinen.

The so-called vertiport is scheduled to be completed in 2025 and will enable passengers to bypass Florida's notoriously congested highways, the city and the hub's developers contend.

The electric-powered aircraft will be capable of taking off vertically from the ground-based hub and reaching a top speed of 186 miles per hour, according to the Munich-based aviation company Lilium, which is working with the Orlando firm Tavistock Development Company on the project.

But is the ambitious project, intended to introduce Lilium's flying taxis as a more time-efficient if costlier alternative to ride-hailing services like Uber and Lyft, viable? There is a caveat: The aircraft are still in the developmental phase.

Orlando officials don't seem to be dissuaded by that uncertainty. On Monday, the City Council approved more than $800,000 in potential tax rebates to Lilium.

Buddy Dyer, the city's longtime mayor, framed the project as a transformational one in a statement on Wednesday.