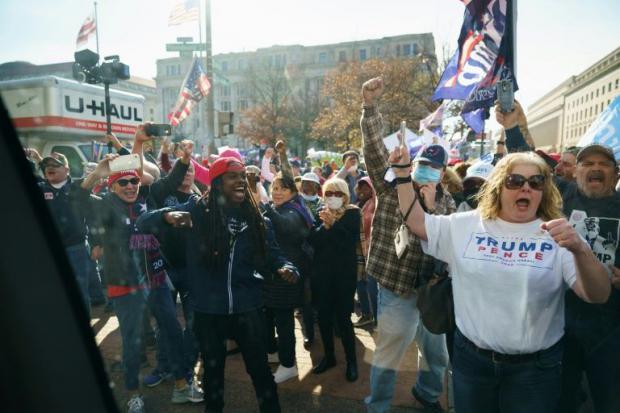 Several thousand people had gathered by noon on the city's Freedom Plaza, with more still arriving from all sides, waving flags and shouting "Four More Years" in a festive atmosphere reminiscent of a Trump rally.

With right-wing militia group the Proud Boys also among those rallying, a large security presence was deployed in the capital to prevent clashes with anti-Trump events scheduled outside the Supreme Court.

But Margarita Urtubey, 49, a horse breeder who flew in from Miami with her sister, told AFP the election was "so corrupt," adding "Trump won by a landslide. We are here to march for the 'stop the steal' of this election, to make our voice heard."