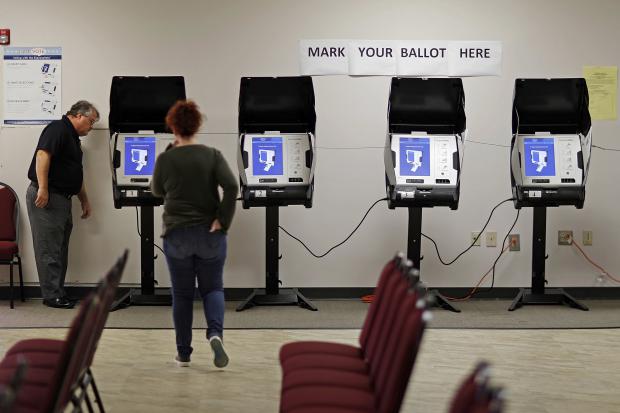 Lord Mark Malloch Brown, a George Soros lieutenant, whose company Smartmatic, is intimately tied to Dominion Voting Systems who flipped votes from Trump to Biden. His machine was used in all the swing states. This would explain the MICHIGAN 200,000 vote sudden dump of Biden ballots, while WISCONSIN got a 100,000 Biden vote dump late night delivery.

Brown is concurrently Vice-Chair of Soros Fund Management & Vice-Chair of Open Society Institute. He secretly advances Soros' goals. Brown is also Anti-Brexit and a climate zealot. When criticized about his friendship with Soros, and living on his colossal farm, Brown claimed he was "doing God's work." Brown's subterfuge with the notorious UN program "oil-for-food" cost the UN $600 million and $300 mill cash disappeared.

Failed Vote Software Company: Dominion is associated with vote disasters, "Dominion "got into trouble" with several subsidiaries it used over alleged cases of fraud. One subsidiary is Smartmatic, a company "that has played a significant role in the U.S. market over the last decade," according to a report published by UK-based AccessWire. Litigation over Smartmatic "glitches" alleges they impacted the 2010 and 2013 mid-term elections in the Philippines, raising questions of cheating and fraud. An independent review of the source codes used in the machines found multiple problems."

Smartmatic & Dominion Failures: Bloomberg criticized computer voter machines and software as inherently flawed in 2019. CBS News reported in 2019, "The voting machine lobby, led by the biggest company, ES&S, believes they are above the law," said Sen. Ron Wyden, D-Ore. They have not had anybody hold them accountable even on the most basic matters." Another concern is foreign ownership, and passive investors – like possibly Soros. Smartmatic's figures were manipulated by 1 million votes in its 2017 Venezuela vote. Dominion failed in 2018 GA, but was retained, and failed again in GA and switched 6,000 ballots in MI this election, while PA, NV, AZ, WI, MN all used this. In 2019, GA citizens petitioned to have Dominion Voting Systems removed, as it failed in 2018 NV.