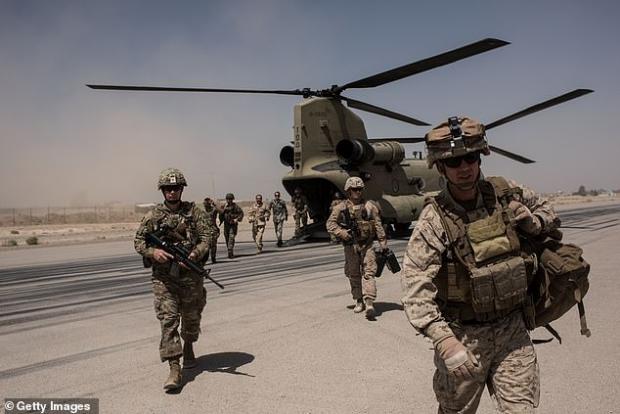 This most recent cut will lower the number of U.S. troops in both Iraq and Afghanistan to 2,500 in each country – but signals to U.S. officials and Trump allies that the president is settling for a partial reduction before leaving office rather than fully withdrawing.

Trump's initial goal was to have all troops home by the end of the year, which was greeted with opposition from military and diplomatic advisers.

A U.S. official said the military was expecting formal orders in the coming days to reduce the numbers of troops in Afghanistan by nearly half of its current 4,500. A NATO official also said they expect a 1,500 to 2,000 troop decline.

The decline in Iraq would bring about 500 troops back to the U.S.

The move comes as no surprise after Trump fired his Defense Secretary, Mark Esper, as part of a Pentagon leadership shakeup last week after the president became concerned that his and others' priorities did not line up.

Instead he appointed loyalists who share in his frustration with continued troop presence in warzones to top Pentagon positions.