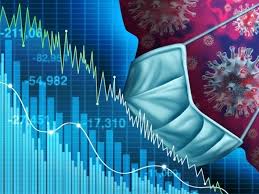 It started in December 2017, when the IMF published a blog discussing the "Walking Debt: China's Zombies" (a topic we first covered in October 2015 in "More Than Half Of China's Commodity Companies Can't Pay The Interest On Their Debt"). Slamming China's "zombies", the IMF said they "are non-viable firms that are adding to the country's rising corporate debt problem, and are bad business. Zombie firms are highly indebted and incur persistent losses, but continue to operate with the support of local governments or soft loans by banks—adding very little value to economic prospects."

Of course, it's not just China: all the way back in April 2017, the IMF first looked at the US, and warned that a whopping 10% of US corporations are "zombies" - i.e., they can't cover their cash interest expenses with cash from operations -  and are at risk of defaults should rates rise.

Unfortunately, since then the problem has only gotten worse as cash flows among this stressed corporate segment has remained flat or declined, while debt totals have risen, further accentuating the "zombie" problem. So much so that according to a Bloomberg analysis of the public companies in the Russell 3000, some 200 corporations have joined the ranks of zombie firms since the onset of the pandemic, bringing the total to over 500. As a result, "zombies" now account for nearly 20% of all large US public companies.

Even more stunning, there is now $1.4 trillion in zombie debt, an increase almost $1 trillion of debt since the pandemic struck, bringing total obligations to $1.36 trillion, a flood of new debt made possible by the Fed's direct backstopping of the corporate bond market. That's more than double the roughly $500 billion zombie companies owed at the peak of the financial crisis.