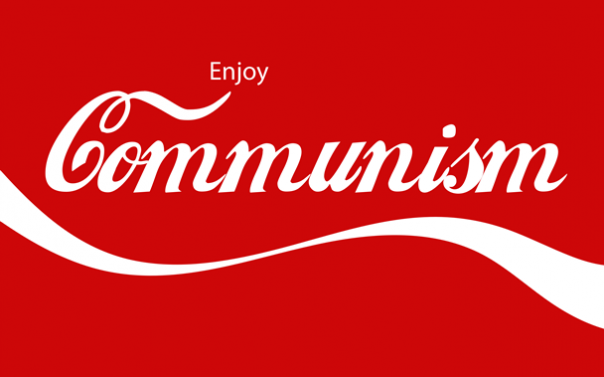 There has been much talk over the years, and many have claimed that communism is dead. Communism never died, and in fact has continued to expand, especially in the West. No war, and no fight were necessary, just a failing economy and a country weakened and destroyed from within. That is exactly what is happening today, and now we face the horrors of communism and the end of Western civilization. It is imperative to remember that all roads toward socialism lead directly to communism, as Lenin so described. In the United States, the march toward socialism has been steadily advancing for many years, especially in all the so-called 'halls of learning,' and in the government that supports this transition. The goal of the state will always be toward socialism, because that is the system that allows for the few to control the many. The takeover of the economy and the elimination of private property will signal the end of freedom and the advancement of communism.

In this day and age, with such colossal technological 'progress,' the controlling system coming will certainly be technocratic in nature, but the underlying structure will still be one where the masses or proletariat, will be controlled by the few in what will be a pure communistic society. The fraudulent 'pandemic' is simply the tool being used to advance these reset agendas, and this is being accomplished due to weakness and fear by the people at large. It does not have to be this way, but when the masses voluntarily accept their own servitude, blame cannot be placed just on the evildoers in control, but should be placed at the feet of the people themselves. Evil lives in every man, and in order to defeat it, one must first understand his own evil, and fight to suppress it. This takes much courage, and truth has to not only be sought, but also accepted. If this does not happen throughout society, freedom and the joy of life will not endure.

If this sounds dark and ominous, that is because it is just that. We are at the crossroads of hell, and very few have any understanding of this fact. Communism has been blamed for the most deaths of the innocent in human history, and this is for good reason. But Americans have little if any understanding of the scope of this phenomenon, and certainly do not understand that their own country's ruling class has been a major part of this most heinous and abhorrent cancer on mankind. It has not been just Marx, Lennin, Stalin, Mao, and Pol Pot that have perpetrated atrocities and unholy massacres. It has not been only Russia, China, North Korea, and others that are responsible for all the carnage over the past century and a half.