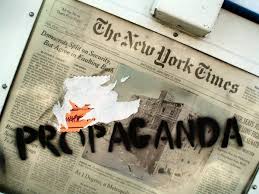 I can't confirm whether the Texas Democrat officials are arrested or accused.

Here is a partial description of the vote fraud in Texas, which, although extensive, was not enough to steal the state for Biden:

Even conservative states run by Republicans have not been immune to Democrat fraud. In Texas, for example, Harris County, home to left-leaning Houston, appears to be the epicenter of most of the fraud. Raymond Stewart, a poll watcher and retired police officer, submitted a sworn affidavit to the district attorney about a Houston precinct judge — identified in news reports as a Democrat — and election staff who unlawfully used a "large stack of Texas driver's licenses" to allow people to vote illegally at a "drive-through voting window."

"Staff would come inside from the drive-through voting booth and scan a driver's license from someone outside and get a ticket and return outside," Stewart said. "But sometimes a staff member would search through the stack of driver's license on the table, then scan it, receive a ticket and also go outside to the drive-through booth. As a Police Officer, I quickly became suspicious that they were committing a crime by having the unattended D.L.'s just sitting on the table and that possible voting crimes were being committed using these forms of ID."

The problems in Texas appear to go very deep. The state political director for Joe Biden's campaign, Dallas Jones, has been accused in affidavits filed at the Texas Supreme Court of operating a massive, illegal ballot-harvesting scheme involving as many as 700,000 ballots. The affidavits making the accusations, filed by a former FBI agent and retired police officer, allege that Jones was also ordering those ballots to be filled out in the names of homeless, dead, and elderly people. National File broke the story.

Project Veritas also released video footage from San Antonio suggesting electoral fraud there, with somebody "helping" an elderly citizen to change her votes from Republican to Democrat. "What's shown in the video is shocking and should alarm all Texans who care about election integrity," Texas Attorney General Paxton said in a statement. "We are aggressively investigating the serious allegations and potential crimes that Project Veritas's documentary audio and video recordings shed light on today." See here.