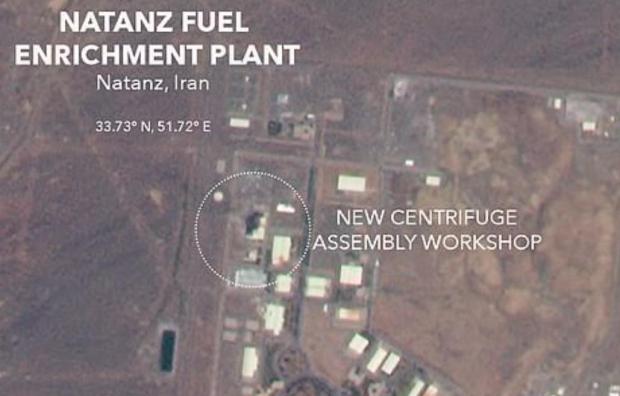 While the left was busy panicking about the headline that President Trump was considering his options for attacking a Iranian nuclear facility before leaving office - ostensibly worried that Trump would "flip his table before storming out of the restaurant" - the same Iranian facility he was keeping an eye on has just started "pumping fuel into banned centrifuges", according to the Daily Mail.

Natanz, also known as the Pilot Fuel Enrichment Plant, is one of Iran's central nuclear enrichment facilities, located around 200 miles south of the capital in Tehran.

It became subject to monitoring by the UN watchdog International Atomic Energy Agency after Iran inked a nuclear accord with US, Germany, France, Britain, China and Russia in 2015.

Last week the IAEA released a report which found that Iran's uranium stockpile at Natanz is now 12 times larger than the limit set under the nuclear accord.

The location is also now pumping fuel into "high-tech IR-2m machines" after the country had previously agreed to only use IR-1 machines. Last week, an International Atomic Energy Agency (IAEA) report had shown the country had moved a cluster of those centrifuges underground.

A report on Tuesday revealed that uranium hexafluoride (UF6) gas, which is used to fuel the machines, is now being pumped into them. Trump, meanwhile, was talked out of attacking the site by advisers including "vice president Mike Pence, secretary of state Mike Pompeo, acting defense secretary Christopher C. Miller and joint chiefs chairman Mark Milley".

"On 14 November 2020, the Agency verified that Iran began feeding UF6 into the recently installed cascade of 174 IR-2m centrifuges at the Fuel Enrichment Plant (FEP) in Natanz," the report says. The move is a bold breach of the country's previous deal with the United States.

Ali Rabiei, an Iranian government spokesman, also responded to the headline that Trump was considering attacking the site, stating: "Any action against the Iranian nation would certainly face a crushing response."