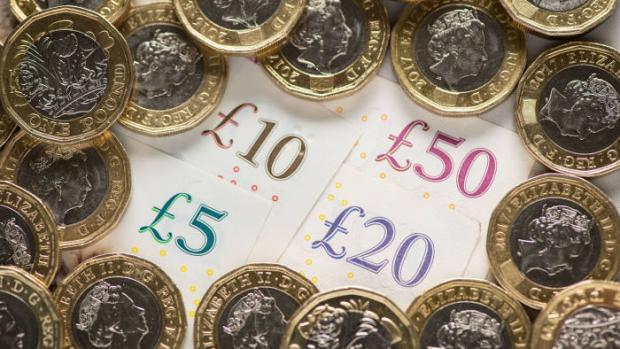 If Barnier tests positive, too, that could create more problems for Brexit talks. Just another reason why people shouldn't leave important negotiations until the last minute.

The pound weakened modestly on Thursday morning after the Times of London reported that EU leaders are demanding that a no-deal contingency plan be published in the coming days to help soothe growing anxieties in the business community.

Moves like this were pretty common during the initial round of negotiations, and with Brexit deal deadlines being blown seemingly every week now, the EU clearly doesn't want to get complacent, and put itself in a position where it's forced to acquiesce to British PM Boris Johnson and his top negotiator, Lord David Frost, simply because members are afraid of what might happen if the trading relationship with the UK reverts to WTO baseline rules.

France, the Netherlands, Belgium and other 'frontline' countries were concerned that businesses and fishing communities might experience serious disruptions if contingency measures aren't in place to cushion the blow of no deal.

"We must now come up with contingency measures. January 1, 2021 is getting close; we need a safety net," a senior EU diplomat said. "Of course, this sends out a political signal. But it is high time to prepare people and businesses in case we cannot fix an agreement in time. I know member states will ask to get contingency measures out into the open."

Until now, Michel Barier, the EU's top negotiator, has waited to publish no-deal contingency plans because he didn't want to tip his hand to the British. But if negotiations don't produce a workable framework within the next three weeks, the two sides will likely begin new talks about how best to minimize any disruptions from the UK leaving the EU without a trade deal in place. At that point, the EU would be able to use access to financial services, data protection, aviation, energy and haulage as bargaining chips.