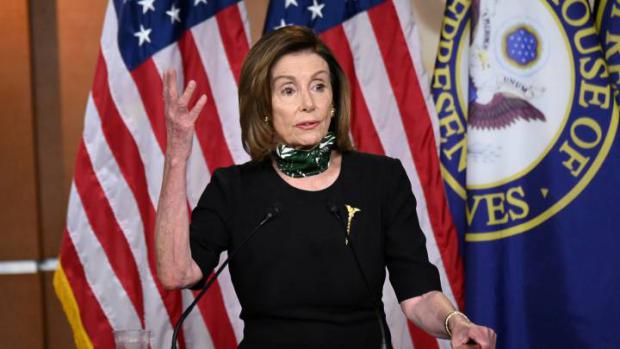 t some point, when the election chaos is finally settled, Congress will likely turn to passing another COVID-19 stimulus/relief bill. (Despite the last one being plagued by rampant fraud and dysfunction). One starting point for negotiations will be the "HEROES Act," a $2.2 trillion bill the House passed in October on a party-line vote by Speaker of the House Nancy Pelosi and her fellow Democrats.

One of the most significant aspects of the HEROES Act is that it allocates nearly $700 billion in federal money for state, local, and tribal governments.

Proponents say this gives localities the funds they need to pay emergency responders and fund programs necessary to protect their communities. Critics point out that much of this money is used to "bail out" blue states that were already mismanaging their budgets and running up large unfunded pension programs before the pandemic.

Indeed, the left-leaning Brookings Institution has projected that "state and local government revenues will decline $155 billion in 2020, $167 billion in 2021, and $145 billion in 2022." Simple math shows us that the CARES Act gives states and localities hundreds of billions more in federal money than they are actually projected to lose due to pandemic-related decreases in revenue.

This alone should be a red flag. Yet a new analysis also reveals that Pelosi and her fellow "progressives" snuck millions of dollars in cash for some of the nation's wealthiest zip codes into their emergency COVID-19 package.

Watchdogs from OpenTheBooks.com inspected the fine print of the HEROES Act and found that it allocates $350 million to the 50 richest communities in America. The average annual income in these areas ranged from $262,988 to $525,324.

"It's unclear why such wealthy neighborhoods need so much money to weather the storm," Adam Andrzejewski of OpenTheBooks.com wrote. "Should American taxpayers from lower-income areas be subsidizing the lifestyles of the rich and famous?