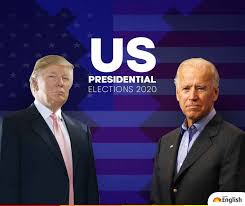 "We have got lawsuits likely to be filed in Georgia on either Monday or Tuesday; I can't get into the details," he said to Newsmax, without providing any examples. "I can't tell you right now, but what's coming in Georgia will be shocking, when we file this in federal court Monday or Tuesday," he added. "It's nothing that we have talked [about] before. It's not what you heard in the press conference [on Thursday] either.

Sekulow, the son of Trump personal attorney and impeachment defender Jay Sekulow, said it is "something completely separate" from the allegations contained in the press conference held by lawyers Sidney Powell, Jenna Ellis, and Rudy Giuliani.

"They've got to be outcome determinative, but I will tell you, the Lt. Gov. [Geoff Duncan] in Georgia, the Secretary of State in Georgia [Brad Raffensperger] in Georgia, they're in for quite a shock on Monday and Tuesday about how poorly they run and they ran—there's going to be a proof—of how poorly run they ran the elections in one of their major counties," Sekulow said.