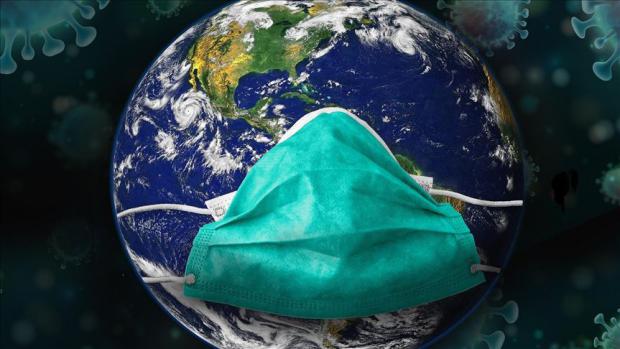 Looking at the latest debt report by the Institute of International Finance, which we profiled yesterday, the IIF suggested that global debt will hit $277 trillion (365%) by the end of 2020 up around $20 trillion over the year (just shy of the annual size of the US economy). Excluding financial debt (where there is double counting risk), global debt/GDP will go up by 35pp in 2020.

According to Reid, "it's hard to believe there's been a bigger global increase through history. For example during WWII we didn't have a hugely levered global private sector, only big government debt increases. Obviously, falling GDP will have increased these numbers a little - but on the other side, many countries have offered huge loans, loan guarantees and equity injections which won't fully show up in these numbers."

So for today's edition of Reid's Chart of the Day, the credit strategist decided to look at these rises by country and across different sectors of the economy so far in 2020. Most of the increases have been from Governments but non-financials have also seen substantial debt increases which makes sense. Households have been shielded a little more, likely due to extensive furlough schemes which show up in the government numbers, and which will only make the final numbers even worse once furloughs expire.

The numbers are simply staggering, especially for the 5 nations at the top, which have all seen their debt increase by over 25% (in debt/GDP) terms in just the past year, with Canada's 70%+ increase a truly staggering number.