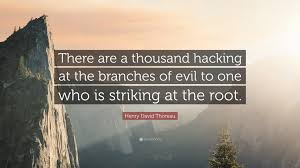 It is the "free" market.

In air quotes to emphasize that it is not free.

The market – businesses – have become adjuncts of the government by dint of having accepted that they must obtain permission from the government in order to be in business. This, in turn, gives government control over the business – which now extends to the demand that businesses enforce "mandates" that are not even laws such as the wearing of the Holy Rag within their establishments.

If they fail to enforce the "mandates" – irrespective of their dubious legality – they are threatened with extortionate fines and the rescinding of the government's permission to be in business.

And so they enforce the "mandates."

This follows naturally – inevitably – from the precedent set once-upon-a-time that it is the job of businesses to collect taxes on behalf of the government. Which they now do unconsciously, as a matter of routine.

How did it come to be that to be in business in this country means becoming an unpaid tax collector for the government as well as the enforcer of government "mandates" that aren't even laws?

The very concept of having to obtain permission to exercise a right – and what right could be more foundational than the right to buy and sell without permission? – is anathema to morality as well as obviously unconstitutional in the sense that it is unimaginable that the men who wrote the thing and approved it ever conceived that free men would be required to beg leave of the government to buy and sell.

The notion is absurd.

As ridiculous as the notion that free men are obliged to obtain the permission of the government to posses arms, something every man possessed without permission – and without question – when the Constitution was ratified. Search the records in vain to find a copy of a permit to carry a gun from that era. Or any law requiring one. And yet, men carried guns. No one questioned their right to do so – just as no one, at that time, questioned the right of free men to freely exchange goods and services – to be in business – without permission from the government.