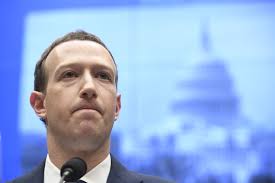 uckerberg wants to keep his grand government protection racket where Facebook can filter and censor the news but pretend not to be a publisher at the same time. The power that comes from being the unofficial Ministry of Truth is worth billions, and Trump was obviously a threat to that.

First, this is who Ken Blackwell is:

Ken Blackwell, former Secretary of State of Ohio, is the Distinguished Fellow for Human Rights and Constitutional Governance, at the Family Research Council. He served as United States Ambassador to the United Nations Human Rights Commission from 1990-1993.

The Centre for Tech and Civic Life (CTCL) got $350 million from Zuckerberg, which was $349 million more than their normal budget.

Under the pretext of assisting election officials conduct "safe and secure" elections in the age of COVID, Zuckerberg donated $400 million — as much money as Congress appropriated for the same general purpose — to nonprofit organizations founded and run by left-wing activists. The primary recipient was the Center for Tech and Civic Life (CTCL), which received the staggering sum of $350 million. Prior to Zuckerberg's donations, CTCL's annual operating expenses averaged less than $1 million per year. How was Zuckerberg even aware of such a small-potatoes operation, and why did he entrust it with ? of the money he was pouring into this election cycle, despite the fact that it had no prior experience handling such a massive amount of money?

That money went to Democrat precincts in swing states:

Predictably, given the partisan background of its leading officers, CTCL proceeded to distribute Zuckerberg's funds to left-leaning counties in battleground states. The vast majority of the money handed out by CTCL — especially in the early days of its largesse — went to counties that voted overwhelmingly for Hillary Clinton in 2016. Some of the biggest recipients, in fact, were the very locales Plouffe had identified as the linchpins of the Democrat strategy in 2020.