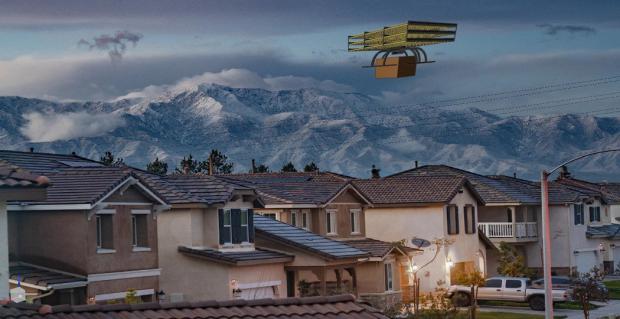 All aircraft propulsion systems provide thrust by moving air or another propellant, and for the vast majority of drones that means some kind of fan or propeller spinning angled blades to push air through and create thrust in the opposite direction. Ionic propulsion, on the other hand, is entirely electromagnetic.

The process uses a high-voltage electric field to ionize the nitrogen and oxygen molecules in the air, liberating electrons to create, primarily, a lot of positively-charged nitrogen molecules. These are drawn toward a negatively-charged electrode, usually in the form of a flat screen grid, and as they accelerate, they bang into other air molecules and bump them in the same direction to create an ionic wind.

Undefined's ion-propelled drone won't be the first machine to use this technology; for starters, NASA's been using something similar in space since the 1960s, bringing its own xenon propellant along as there's obviously no air in space to ionize.

Closer to Earth, ion propulsion has been more of a scientific curiosity – but in recent years, advances in energy storage have encouraged researchers to have a crack at ion-propulsion aircraft. Notably, one French project, Orville the mouse (we wonder what happened to Wilbur) took flight in a large, very lightweight "lifter" structure back in 2003. The resulting flights were filmed using one of the finest potatoes available at the time, and then encoded into the RealVideo format, which seemed certain to take off.

More recently, a team at MIT was able to achieve sustained flight by a solid-state aircraft in late 2018: a weirdly boxy lightweight aeroplane with a 5-meter (16.4-ft) wingspan. UC Berkeley followed up shortly afterward with an ion-propelled drone the size of a penny – the smallest flying robot ever made.