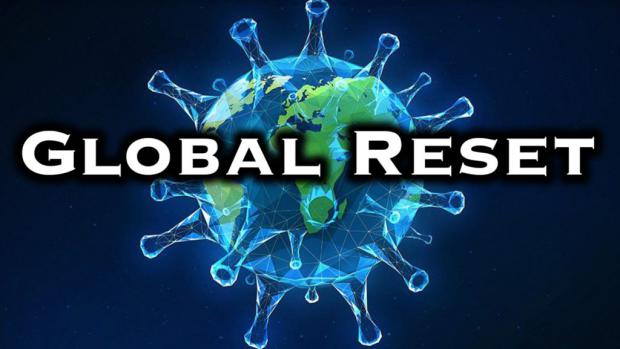 If I'd waited a day, I could have just shown you Paul Joseph Watson's latest video — "They think you're stupid" — which covers "The Great Reset" and the "Great Cover-Up about the Great Reset."

If you're debating whether to spend time to watch the video (at the end of this post), let me tell you a bit about it.  Watson doesn't stop with just the Great Reset that I'd described.  Along the way, Watson torches just about everything that the elites are raining down on the masses, all courtesy of the extremely beneficial Wuhan virus.

Sure, the virus killed people (although I think it's clear that, at least in America, mortality numbers have been inflated for political ends).  But for the left, the virus has been an extraordinary blessing, allowing leftists to exert unimagined control over people, enrich themselves, and shift large sections of America into the government dependency category.

Watson hasn't missed the fact that, while we're being locked down and bankrupted, the rich are behaving just as they always do.  Masks?  Pfeh!  Masks are for the little people.  The same goes for social distancing.

And why shouldn't our elites shut down religious holidays and the consolations of worship?  For them, the fact that Judaism and Christianity give a strong moral fabric to Western society is an inconvenience.  Of course, it's different when it comes to leftist rallies.  Americans need those — or at least that's what the world's elite are telling us.