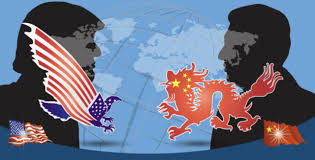 ynics have not failed to note the spectacular theater of the absurd of having the Top 20 – at least in theory – economies discussing what is arguably the turning point in the world-system linked to a beheading-friendly desert oil hacienda with a 7th century mentality.

The Riyadh declaration did its best to lift the somber planetary mood, vowing to deploy "all available policy tools" (no precise details) to contain Covid-19 and heroically "save" the global economy by "advancing" global pandemic preparedness, vaccine development and distribution – in tandem with debt relief – for the Global South.

Not a peep about The Great Reset – the Brave New World scheme concocted by Herr Schwab of Davos and fully supported by the IMF, Big Tech, transnational Big Capital interests and the oh so benign Prince Charles. Meanwhile, off the record, G20 sherpas moaned about the lack of real global governance and multiple attacks on multilateralism.

And not a peep as well about the real life vaccine war between the expensive Western candidates – Pfizer, Moderna, AstraZeneca – and the much cheaper Russia-China versions – Sputnik V and Sinovac.