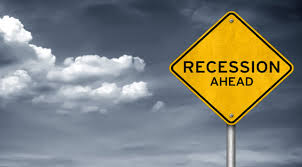 After ten months of the pandemic, we have data from more than twenty major countries around the world that have tried lockdowns in various forms. The lockdowns range from extreme (as happened in Victoria in Australia) to moderate (Sweden) to non-existent (South Dakota).

The results are striking. There was no material difference in caseloads or fatality rates regardless of what kind of lockdown was used. In some cases, an extreme lockdown reduced the spread for a short period of time. But, sooner than later, the virus returned. Lockdowns may briefly shift the caseload from one time period to another, but they do not change the total caseload over time.

Meanwhile, lockdowns kill. The lack of socialization during a lockdown leads to drastically increased rates of suicide, drug abuse, alcohol abuse, domestic violence and other deadly behaviors. Families are being separated (at best) or torn apart (at worst) due to the separation and stress of lockdowns.

Many people with other diseases such as cancer and heart disease avoid treatment for fear of contagion in hospitals and end up dying as a result. There's nothing wrong with simple precautions such as hand-washing, social distancing and mask-wearing, although there's good evidence that masks don't work either. But, those steps are low cost, and people easily adapt to them.

In conclusion, lockdowns are extreme, don't work and come at an enormous social cost. They're mostly virtue signaling for clueless politicians and even more clueless reporters who egg them on.