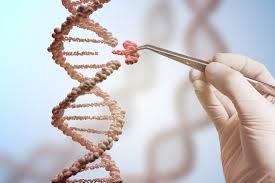 The researchers developed a novel lipid nanoparticle-based delivery system that specifically targets cancer cells and destroys them by genetic manipulation. The system, called CRISPR-LNPs, carries a genetic messenger (messenger RNA), which encodes for the CRISPR enzyme Cas9 that acts as molecular scissors that cut the cells' DNA.

Prof. Peer and his team chose two of the deadliest cancers: glioblastoma and metastatic ovarian cancer. Glioblastoma is the most aggressive type of brain cancer, with a life expectancy of 15 months after diagnosis and a five-year survival rate of only 3%. The researchers demonstrated that a single treatment with CRISPR-LNPs doubled the average life expectancy of mice with glioblastoma tumors, improving their overall survival rate by about 30%. Ovarian cancer is a major cause of death among women and the most lethal cancer of the female reproductive system. Most patients are diagnosed at an advanced stage of the disease when metastases have already spread throughout the body. Despite progress in recent years, only a third of the patients survive this disease. Treatment with CRISPR-LNPs in a metastatic ovarian cancer mice model increased their overall survival rate by 80%.

The whole scene of molecular drugs that utilize messenger RNA (genetic messengers) is thriving – in fact, most COVID-19 vaccines currently under development are based on this principle. There will be many personalized treatments based on genetic messengers (mRNA) – for both cancer and genetic diseases.