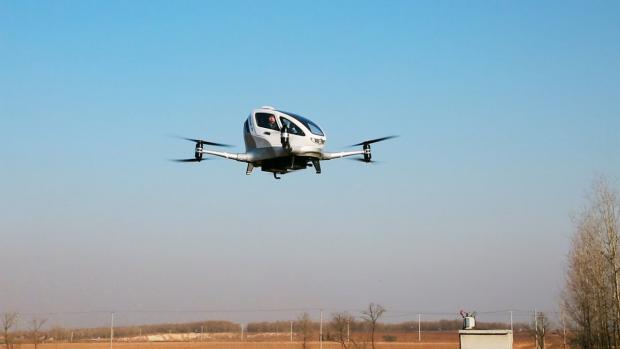 After securing the first Special Certificate of Airworthiness for an autonomous air vehicle issued by the South Korean Ministry of Land, Infrastructure and Transport, EHang set off on a mini flight tour to demonstrate use case scenarios for its Urban Air Mobility solution.

Three locations were selected, all earmarked for the Ministry's plan to commercialize urban air mobility services by 2023-25. The first flight started from the "Manhattan of Seoul" – Yeouido Island – to serve as an air taxi service over a densely populated area of the capital's main financial and investment banking district.

The second test flight demonstrated the emergency response capabilities over Daegu City in the Suseong District, by delivering firefighting and medical equipment. And the final flight was used to show off the EHang 216's prowess for aerial sightseeing by taking in the coastline around Jeju Island.

The two-passenger autonomous air taxi features 16 independent rotors mounted in pairs on eight arms that surround the cabin. It can reach a top speed of 130 km/h (80 mph), cruise at around the 100 km/h mark, and has a per charge flight time of 21 minutes.