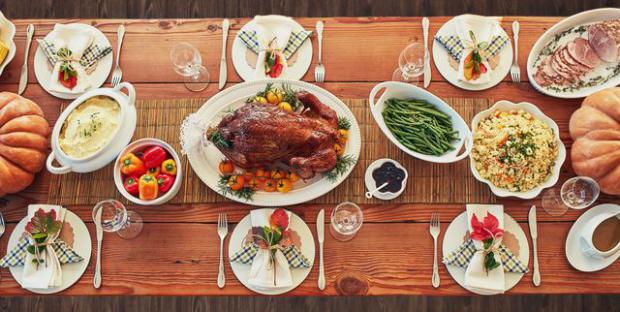 Thanksgiving is the quintessential American holiday: invented in New England, proclaimed by George Washington, stamped into our national calendar by Abraham Lincoln, and celebrated with turkey, stuffing, dressing, love, laughter, and thankfulness with a similar distinctiveness all over this vast country of ornery and often deeply divided people.

In 1789 George Washington issued the first Thanksgiving proclamation of the new national government but it was a one-off. His next did not come until 1795. New England's John Adams proclaimed a day of national Thanksgiving but Virginia's Thomas Jefferson did not. James Madison became president in 1809 but waited until 1815 and the conclusion of the War of 1812 to proclaim a national day of Thanksgiving.

In 1827, Sarah Josepha Hale—the author of the nursery rhyme "Mary Had a Little Lamb" among many other things—launched her nearly four decade long campaign to have Thanksgiving declared an annual national holiday. Eventually, in 1863, Abraham Lincoln gave her exactly that and ever since she's been called the "Mother of Thanksgiving."