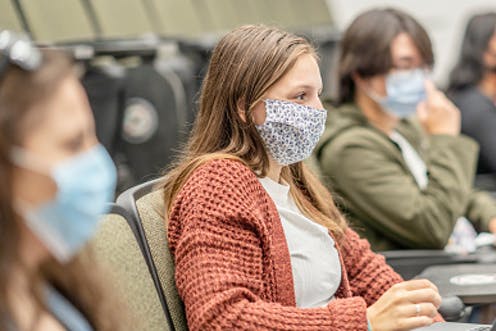 When it comes to making news about protests and action for liberal causes, schools in New England seem to dominate the news. We've seen violence and protests surrounding visits from Charles Murray and Ryszard Legutko at Middlebury College. Brown University spent hundreds of millions of dollars in response to student protests related to questions of diversity and inclusion. Yale has seen numerous protests and student arrests and students there attacked and harassed a faculty couple who headed a residential college in 2015 claiming that they felt unsafe because of an email message about Halloween costumes.

While protests in other parts of the county do make news, such as the recent troubles relating to the police at Northwestern, it appears that students in New England are far more likely to engage in such actions.

Thanks to new data behind the 2020 College Free Speech Rankings from RealClearEducation, the Foundation for Individual Rights in Education (FIRE), and survey firm College Pulse – representing the largest study of student attitudes toward speech to date – we know that students enrolled in the higher education institutions in New England are appreciably more liberal and open to shutting down speech and expression than the overwhelming majority of college students.

With almost 20,000 students in FIRE survey sample, it is possible to break the national sample down into regional groups and the data makes it abundantly clear that those enrolled in New England are notably different.

The General Social Survey shows that political ideology in the United States has been remarkably consistent since the 1970s and that liberals are not dominant. In the most recent sample, the survey found that 28% of Americans identify as liberal, 31% as conservative, and the balance of 37% are in the middle as moderates. In contrast, 50% of college students are liberal, 26% are conservative and the minority – 23% – are moderates. College students demonstrate a significant liberal lean.