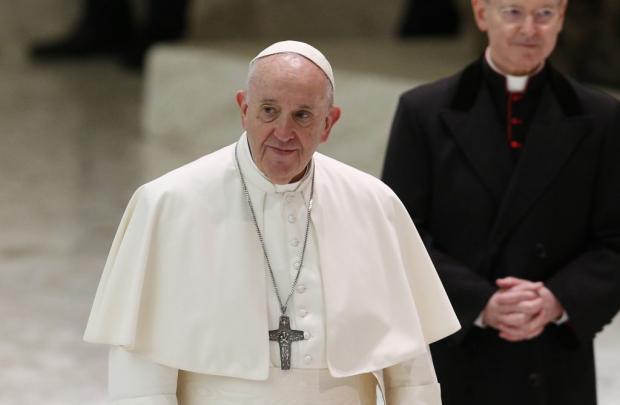 While coronavirus lockdowns triggered widespread social unrest and resulted in the worst socio-economic implosion the world has ever seen - Pope Francis is set to reveal his thoughts on what transpired this year in a new book expected to be released next month, according to AP News.

In "Let Us Dream: The Path to A Better Future," ghostwritten by biographer Austen Ivereigh, Francis champions anti-racism protesters while demonizing anti-lockdown demonstrators. He said those around the world who demonstrated against lockdown restrictions reacted "as if measures that governments must impose for the good of their people constitute some political assault on autonomy or personal freedom!"

"You'll never find such people protesting the death of George Floyd, or joining a demonstration because there are shantytowns where children lack water or education," Francis wrote in the new 150-page book. "They turned into a cultural battle what was in truth an effort to ensure the protection of life."

Francis touched on Floyd's police killing that ignited social unrest across almost every US metro area for months. Francis said: "Abuse is a gross violation of human dignity that we cannot allow and which we must continue to struggle against."