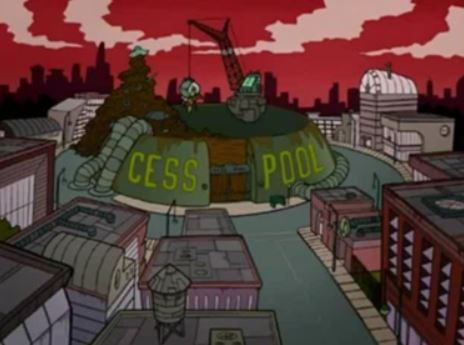 A very strong case can be made that America is now a moral cesspool. Consider just three cases: Jeffrey Epstein, the CEO of Pfizer and JPMorgan Chase.

Sadly, Epstein is the epitome of America's elite: getting away with abusing children for years, if not decades; when finally caught a few years ago, escaping with a legal wrist-slap; acquiring a fortune of $200 million without creating any jobs, innovations or value; buying his way into the good graces of Harvard, MIT and a seemingly endless parade of celebrities, politicians, scientists, etc.

And very par for the course in America's elite: Epstein's crimes were known by America's intelligence and law enforcement agencies, but rather than indict him, they made him an "intelligence asset" that had to protected from exposure to the consequences of the rule of law.

When some tiny sliver of light was shed on his decades of blatant corruption and exploitation, a sliver that implicated the wealthy and powerful, then Epstein was dispatched in classic Deep State fashion, in a manner that speaks volumes about the banana "republic" nature of America.

Pfizer's CEO arranged a massive sale of Pfizer stock and then timed the release of overhyped vaccine data to maximize his private gains.

Nothing illegal here, just another example of what I call legalized looting.

JPMorgan Chase manipulated markets to maximize its gains, and its $1 billion fine is just the cost of doing business in a pervasively corrupt society and economy.