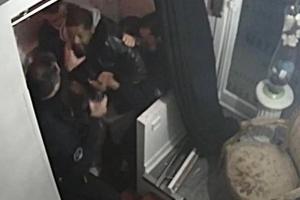 The officers didn't know they were being filmed, according to French media, and it was uploaded to the internet Thursday, after which Macron summoned his interior minister, Gérald Darmanin, to the Elysée to demand "firm punishment" for those police involved.

The police brutality incident has driven international headlines at the end of this past week following prior months of Black Lives Matter and George Floyd-related protests in the United States.

Michel Zecler, a 41-year-old music producer, was not wearing a face mask — required under current COVID-19 measures — when police officers saw him walking in Paris last Saturday. As he tried to enter his music studio, the police officers pushed him through the doorway and pummeled him repeatedly with their fists and a billy club.

The beating stopped when others in the building came to Zecler's aid, though police later threw a tear-gas canister through the window to force him to leave his studio and arrested Zecler and others.