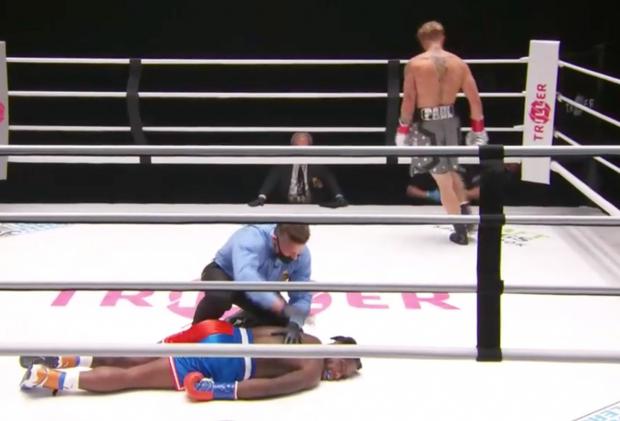 Jake Paul has been known to push all the wrong buttons, finding himself in the middle of several ridiculous controversies.

He dominated Robinson in the ring Saturday, winning their undercard match in the second round with a vicious knockout, at Mike Tyson's highly-anticipated return to boxing, against Roy Jones Jr.

The 23-year-old achieved victory over Robinson, 36, knocking him out cold with a right cross that left him face-down on the mat.

Although Robinson started hot, Paul remained in control, landing eight punches throughout the match, knocking his opponent down once in the first round and twice in the second.

Robinson needed some assistance getting up after the third and final knockdown, but he eventually came to.

Paul later praised Robinson in an interview with Jake Gray: 'He was better than I expected... I wanted to say thank you to Nate. It takes a lot of balls to step in the ring and I don't want to take anything away from that.'