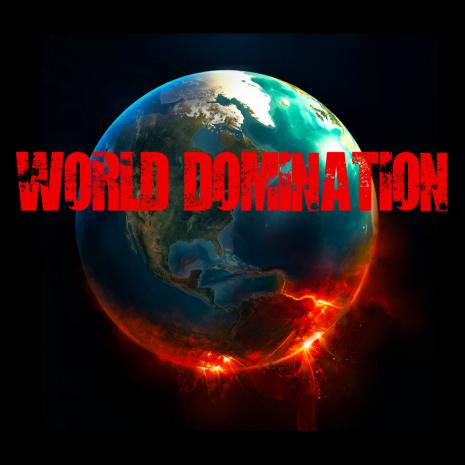 Do you have more money than you know what to do with? Do you have big dreams and connections in high places? Do I have a plan for you!

First, make a plan. World domination isn't just going to fall into your lap. Read old school case studies like The Project for a New American Century and from more recently, the World Economic Forum's Great Reset, the WHO's Agenda 2030, ID2020 and UN Agenda 2030.

Create a crisis. It must be a "catastrophic and catalyzing event." It will be easier to implement your plan in the chaos that follows.

Fear is your friend. Paralyze them with fear. They'll go along with anything.

The crisis should have mysterious foreign origins. Cave-dwelling terrorists in Afghanistan, cave-dwelling bats in Wuhan. For some reason, caves work, maybe something about their primitive connotations. Plus, it's not like journalists are going to investigate something that happened in some God-forsaken foreign nation when they can earn a paycheck by "reporting" on what happened last night on Twitter from the comfort of their own beds.

But the place can't be totally random. You're going to need some connections in high places. Remember, Bush's connections with Saudi Arabia, the CIA with Osama Bin Laden, Bill Gates with China, and Anthony Fauci with that Wuhan lab?

Psychologically prepare the population. This is most easily accomplished by making movies for the plebes. See Pearl Harbor (May 2001) and Pandemic (January 2020).

You need an "invisible enemy" that "knows no borders," one that is impossible to definitively eradicate. But don't use terrorists or a virus again. That's played out. You'll have to come up with something bigger and better next time. Aliens might be cool.

Make the epicenter the Big Apple, because those folks are generally on our side and always easy to work with. Also, take a cue from Hollywood: Godzilla didn't invade Charleston, and I Am Legend doesn't take place in Helena. There is a reason for this.

Go big or go home. Is it likely that commercial airliners would manage to fly through some the most heavily defended airspace in the world and hit two buildings, 18 minutes apart, and the Pentagon? No — LOL! Is it likely that a virus would manage to escape one of the most highly secured and secretive labs in the entire world? Probably not. But the good news is: You don't have to worry about what is likely or probable or believable. Just concern yourself with what is plausibly deniable and go from there. Seriously, the bigger the lie, the easier it is to believe, because they won't be able to believe that someone would tell a lie that big. It's all about chutzpah!

Plant a few seeds or make sure there is some precedent for the incredulous, like this and this.

Practice makes perfect! We recommend running some simulations, like the Pentagon Mass Casualty Project or the September 11 NORAD drills or Event 201. They can be good for cover or confusion or just for looking like you are trying to prepare for a crisis instead of planning one.

Now that you're ready, you can trigger your "catastrophic and catalyzing" event. (D-Day stands for "Demo Day," by the way. Ha ha.)