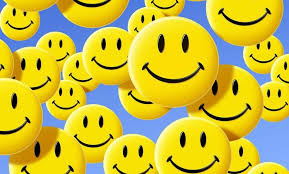 A year ago, nobody really imagined we'd spend most of 2020 in our homes, watching as one family after another lost a loved one, as one business after another closed, as one dream after another died.

We didn't think about spending a year isolated from the people we love or navigating a new world with restrictions handed down by federal, state, and local governments. It never occurred to us that it would soon become a rarity to see a stranger's smile or that traveling would become almost impossible.

This time last year, we were thinking about our plans for the holiday season. We were booking flights, working overtime in busy stores, and planning what to wear to the office Christmas party. We were looking forward to 2020 – after all, it was a brand new decade that sounded so futuristic. We savored what the year ahead might bring. Would it be travel? A new job? True love? "This is going to be my year!" people said.

And then the calendar turned and shortly thereafter everything changed and 2020 was not the bright light we'd all imagined.

In fact, it was dark.

With 2020 came that pandemic preppers had all been getting ready for, ever since they began looking at the bad things that could happen. It was the year that justified our stockpiles, our stash of N95s, our entire outlook. But at the same time, even those who were prepared seemed to hesitate, finding it difficult to believe that the virus named COVID-19 was actually as bad as the media and the World Health Organization claimed that it was.

But whether you believed in the danger of the virus or not, your life was probably affected by it. And for some of us, it was affected more than others.

The official death toll in the United States as I write this essay is around 269,000 people. But that number doesn't include the people who died of cancer or a heart condition or some other life-threatening disease for which they could not obtain treatment because of the virus.  (At least 20% of Americans reported being unable to obtain vital healthcare this year due to the pandemic.)

It doesn't reflect the people who succumbed to despair and mental illness, exacerbated by the extreme isolation and the fear propagated by the media. The CDC reports that the virus and lockdowns have contributed "to more suicides, overdoses, and violence." I wrote previously about how the restrictions have been detrimental to mental health. The uncertainty, in general, has been brutal for many.