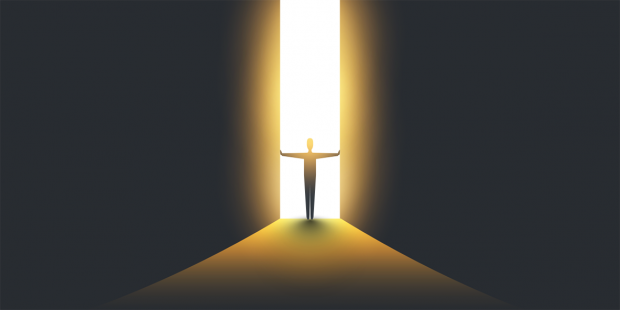 That light is libertarianism. We must continue doing everything we can not only to keep that light lit, but also to increase its intensity and brightness.

That's what we are doing at The Future of Freedom Foundation. I am writing to seek your generous end-of-year donation to assist us in this endeavor and especially in our efforts to advance liberty in the coming year.

Libertarianism is the grandest, most glorious, and most noble political and economic philosophy in history. It enables people to live their lives the way they want, so long as their conduct is peaceful. It raises people's standards of living. It harmonizes people's interests and activities. It enables people to pursue happiness, each in his own way. It is a philosophy of private property, free markets, economic liberty, sound money, civil liberties, gun rights, and limited government. Libertarianism raises the consciousness of a society through voluntary charity. It strengthens family values.

Compare libertarianism to the welfare-warfare statism that has besieged America for more than a century. Operating through the IRS, one of the most tyrannical agencies in U.S. history, the government plunders the citizenry and doles out the loot to others. It makes people hopelessly dependent on government largess. The government punishes people for ingesting unapproved substances, oftentimes through racially bigoted enforcement. It jails people who travel to unapproved places and spend their own money in unapproved ways. It controls their economic activity. It prohibits people from freely trading with others. It incarcerates people for associating with unapproved people. It detains people indefinitely and kidnaps, tortures, assassinates, and executes some, all without due process of law and trial by jury. It invades, bombs, and engages in political bribery. It imposes mass secret surveillance on the citizenry. There is also the ever-growing debt and debasement of the currency to consider. Moreover, all this tyranny was occurring before the coronavirus crisis, which has only magnified the oppression under which we live.