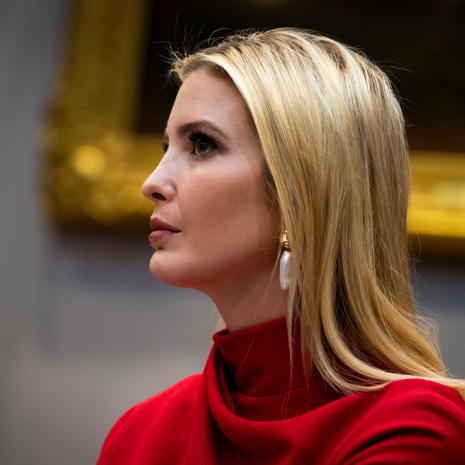 Ivanka Trump has lashed out at the attorney general of Washington, D.C., two days after she got grilled in a lawsuit investigating alleged improper payments to the Trump hotel she helped oversee.

Following a deposition she says ran for more than five hours, the first daughter published an email she claims exonerates her.

The city AG's office has failed suit accusing the nonprofit presidential inaugural committee of making $1 million in improper payments to the luxury Trump hotel in Washington, D.C. – a Trump property that Ivanka has helped oversee. It is in a historic federally-owned building on a long term lease.

The president's daughter adopted a combative tone more typical of her father, ripping the probe as politically driven.

'This "inquiry" is another politically motivated demonstration of vindictiveness & waste of taxpayer dollars,' she wrote.

She confirmed her participation in the deposition on Twitter after it had been publicly reported and revealed in a court document. It all came down after President Trump continues to claim the election was 'rigged' and reportedly has considered granting pardons to family members including his daughter.

'This week I spent 5+ hours in a deposition with the Democrat D.C. AG's office where they questioned the rates charged by the Trump Hotel at inauguration,' she wrote.

'I shared with them an email from 4 years ago where I sent instructions to the hotel to charge "a fair market rate" (see below) which the hotel then did. This 'inquiry' is another political motivated demonstration of vindictiveness & waste of taxpayer dollars.'