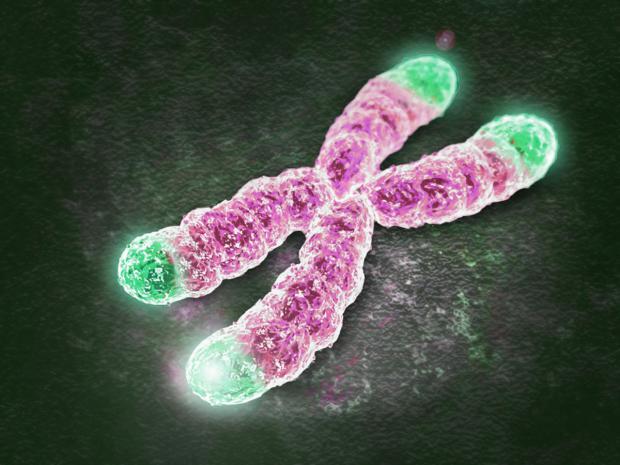 Now a new study has found an intriguing piece of evidence supporting this hypothesis in genomes from several families that seem to be particularly prone to cancer.

In a way, our cells have a pre-determined number of divisions in their lifetime – around 50. That limit is dictated by our telomeres, small repeating segments of "junk" DNA that form caps on the ends of our chromosomes. These act like a buffer protecting the important DNA in the chromosomes from damage when a cell divides, but a little piece of the telomere is lost each time.

Eventually that damage adds up and the telomeres shorten to the point that the cell stops dividing. This contributes to the symptoms of aging that we're all too familiar with.

In theory, lengthening our telomeres or preventing them from shrinking should help slow the aging process, or even reverse it. Indeed, plenty of research is investigating this angle. But there's a nasty potential downside to doing so – cancer.

Cancer cells are effectively immortal, in the sense that they never stop dividing. It appears that having telomeres of a set length is an evolutionary defense mechanism to prevent that kind of runaway growth. And the new study has found more evidence supporting that hypothesis.

Researchers at the Rockefeller University and the Radboud University Medical Center studied the genomes of several Dutch families that appeared to be quite cancer-prone. Common among these patients were mutations in a gene called TINF2, which codes for a protein previously linked to telomere length.

So the team used CRISPR to engineer human cells with the same mutations, and found that they had much longer telomeres than usual. When the scientists checked the patients themselves, these little caps were also found to be particularly long.