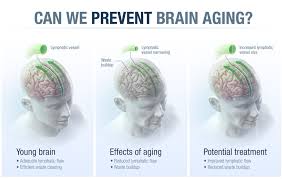 The extremely rapid effects prove that a significant amount of age-related cognitive losses is caused by a kind of reversible physiological blockage rather than more permanent degradation.

ISRIB, discovered in 2013 in Peter Walter's lab, works by rebooting cells' protein production machinery after it gets throttled by one of these stress responses – a cellular quality control mechanism called the integrated stress response (ISR; ISRIB stands for ISR InhiBitor).

In the new study, researchers led by Rosi lab postdoc Karen Krukowski, PhD, trained aged animals to escape from a watery maze by finding a hidden platform, a task that is typically hard for older animals to learn. But animals who received small daily doses of ISRIB during the three-day training process were able to accomplish the task as well as youthful mice, much better than animals of the same age who didn't receive the drug.