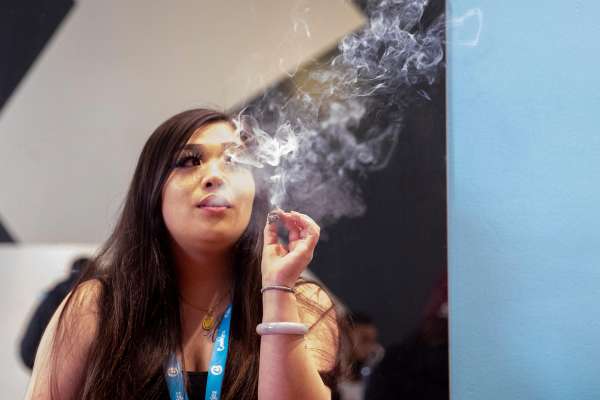 The proposal was originally drafted to include a ban on smoking cannabis as well, but the cannabis ban was later removed from the law after pushback from activists who pointed out that the only place they are legally permitted to smoke is in the privacy of their own homes, considering that it is illegal to smoke cannabis in public. If this law passed with the cannabis provision, it would have effectively made the substance illegal in the state all over again.

"Unlike tobacco smokers who could still leave their apartments to step out to the curb or smoke in other permitted outdoor smoking areas, cannabis users would have no such legal alternatives," Supervisor Rafael Mandelman, who wrote the amendment to exempt cannabis said, according to the Associated Press.

On Tuesday, the Board of Supervisors for San Francisco voted 10-1 to approve the ordinance for the ban on smoking tobacco products inside of apartments. There are now 63 cities in the state of California with a ban on smoking inside apartments.

Under the new law, the city's Department of Public Health will first help to provide resources to help violators quit smoking, but repeat offenders could be fined up to $1,000 a day. Technically, the law does not allow tenants to be evicted for smoking violations, but a $1,000 fine would be enough to disrupt a poor person's rent, which could get them legally evicted.

The mayor is expected to sign off on the ordinance next week, and the new law will go into effect 30 days after it is approved.

Entire school board resigns after leaked video of mocking parents