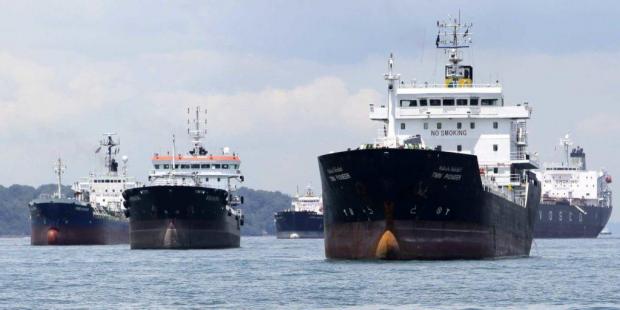 The daily American military newspaper Stars & Stripes alongside Bloomberg reports this weekend that Iran "is sending its biggest fleet yet of tankers to Venezuela in defiance of U.S. sanctions to help the isolated nation weather a crippling fuel shortage," based on sources familiar with their movements.

"Some of the flotilla of about 10 Iranian vessels will also help export Venezuelan crude after discharging fuel, the people said, asking not to be named because the transaction is not public," the report continues.

This appears to be the first instance Iran has sent such a large fleet, which may potentially include smaller military escorts or patrols, or possibly armed commandos on board. Things could get interesting especially when the flotilla crosses the Caribbean Sea, given the concentrated presence of US Navy warships there.

In the meantime Iran has launched several rounds of fuel deliveries since last summer. At least one major attempt to get Iranian fuel to Venezuela saw four tankers intercepted by the US military in August. The US federal government seized the over 1.1 million barrels of petroleum and later auctioned it off.

But look at this one thing. Look at how high the ships are sitting in the water. Notice the waterline on the ships, indicating that if the ships were full, they would be sitting a lot lower in the water. Do you think, maybe, the flotilla is going to Venezuela to pick up some oil? After all, Venezuela has their own oil fields, don't they? But maybe not adequate refineries. What's really going on?