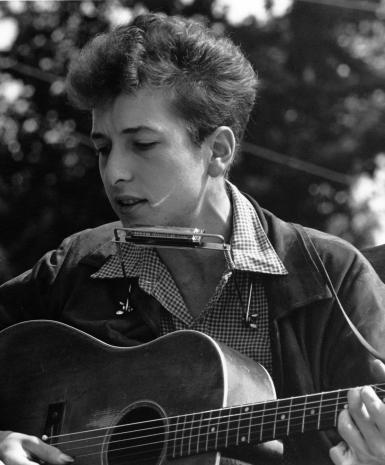 The catalog includes such modern standards as "Blowin' In The Wind," "The Times They Are a-Changin'," "Knockin' On Heaven's Door," and "Like a Rolling Stone," a body of work that may only be matched by the Beatles, whose songs were re-acquired by Paul McCartney in 2017 after changing hands several times, for its breadth and influence.

Dylan topped the Rolling Stone list of the 100 Greatest Songwriters of All Time in 2015 and the song "Like A Rolling Stone" was named by the magazine as the best ever written.

Dylan was influenced by the bluesman Robert Johnson and folk singer, songwriter Woody Guthrie, but added a lyrical depth to his music that eventually earned him the Nobel Prize for Literature in 2016. He is the only songwriter to receive the award.

Financial terms were not disclosed Monday, but the catalog may be the most prized in the music industry. Four years ago, when Michael Jackson's estate sold the remaining half-share that it owned in the artist's catalog, it fetched $750 million.

"Brilliant and moving, inspiring and beautiful, insightful and provocative, his songs are timeless — whether they were written more than half a century ago or yesterday," said Sir Lucian Grainge, CEO of Universal Music Group, in a prepared statement.

Dylan's songs have been recorded more than 6,000 times, by various artists from dozens of countries, cultures and music genres. Notable releases include the Byrds' chart-topping version of "Mr. Tambourine Man," Peter, Paul and Mary's "Blowin' in the Wind" and Jimi Hendrix's reworking of "All Along the Watchtower.