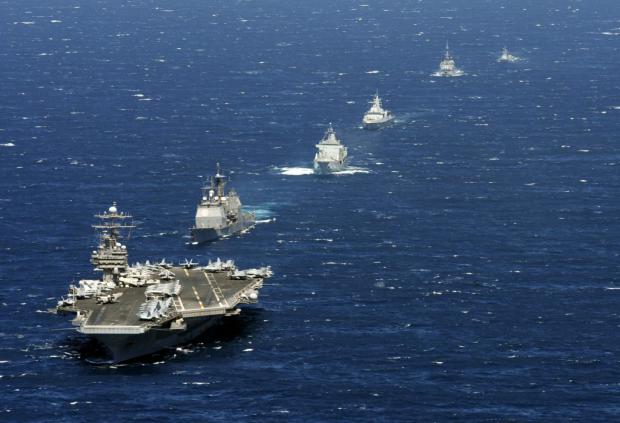 Late Saturday, no fewer than 25 C-17 aircraft were in the skies over the USA, carrying troops and equipment from around the nation . . . ALL going to Nellis Air Force Base. (Story Here).

Also late Saturday, no fewer than 12 C-130 aircraft were also on the move, ALSO ALL heading into Nellis.

On Sunday, locals on and around Nellis reported the base was "swarming" with soldiers and Marines.  They also reported seeing a vast array of land fighting vehicles coming out of cargo aircraft.

This morning, according the the US Naval Institute, the Navy has deployed THREE (3) Aircraft Carriers, plus a Landing Helicopter Dock (LHD) off the US West Coast, and TWO (2) Aircraft carriers and their Strike Groups plus another LHD off the US East Coast.

Off the West Coast is the USS Carl Vinson in the Pacific (NOT AT PORT) along the Oregon/Washington Border,