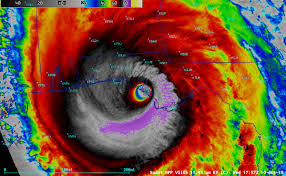 In some cases, its websites have gone down during severe weather events, unable to handle the demand.

Now, during a year that featured record California wildfires and the busiest Atlantic hurricane season on record, the Weather Service says it has an Internet bandwidth and is seeking to throttle back the amount of data its most demanding users can access. The Weather Service, which is part of the National Oceanic and Atmospheric Administration (NOAA), announced the proposed limits in a memo dated Nov. 18.

"As demand for data continues to grow across NCEP websites, we are proposing to put new limits into place to safeguard our web services," the memo stated, referring to the Weather Service's National Centers for Environmental Prediction. "The frequency of how often these websites are accessed by the public has created limitations and infrastructure constraints."