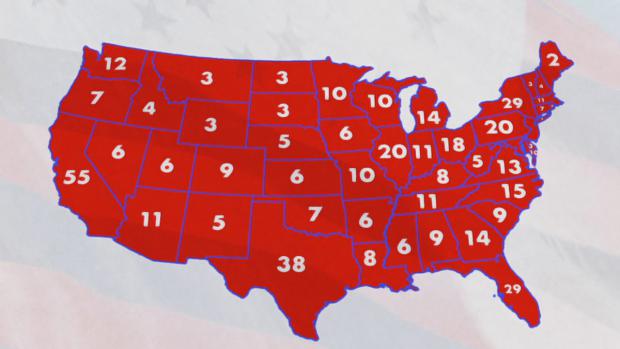 For the past 20 years we have been assaulted by the Marxist left in the U.S. about how terrible the electoral college is. In their quest for a purely egalitarian society - you know one without enforceable rules, culture, sexes and differences of any kind - the electoral college represents the ultimate thwarting of their intentions to rule through mobocracy.

It's been a long and winding road through the institutions for these Marxists, undermining our educational system, media, government bureaucracies and buying off/'electing' government officials to stepwise push the U.S. to the brink of takeover.

That's where we are today and the only thing that stands between a fraudulent popular vote and a Biden-as-proxy-for-Davos presidency is the electoral college.

This is the essence of Trump's legal challenges to the vote in the states where the rules were gamed to ensure a victory regardless of who actually showed up to the polls on November 3rd.

That much is clear even to the most compromised of judges and election officials who have thrown out cases with obvious merit on the flimsiest of legal grounds, c.f. the ruling in Michigan against Sidney Powell where the judge all but admitted the fraud but struck down the case with prejudice because of 'timing' and 'disenfranchisement.'

But the last I checked our legal system is predicated on a bad law or rule causing material harm before the suit can be brought forth. Our system doesn't allow for potential harm, only challenging the law after it has actually harmed someone.

Only once the 'ballots were cast, the vote counted' and 'the election certified,' in the words of U.S. District Judge Linda V. Parker, could there be a legal basis for voters being harmed by the way the election was conducted. Only then could a suit be brought forth.

Bring the suit too early and there's no basis for 'material harm." Bring the suit after the vote and the judge rules it's 'disenfranchisement.' You gotta love the rhetorical backflips people do to justify their confirmation bias.