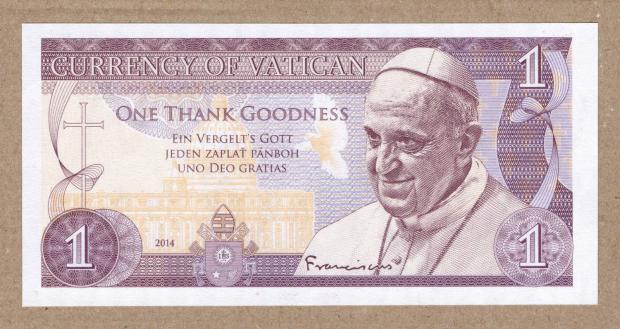 Today in "news that's going to give conspiracy theorists a full-on stroke"...

It was announced this week that a "historic new partnership" between the Vatican and "some of the world's largest investment and business leaders" called the "Council for Inclusive Capitalism" has officially launched. Oh, and did we mention it is being helped along by a member of the Rothschild family, Lynn Forester de Rothschild?

The "council" says its formation "signifies the urgency of joining moral and market imperatives to reform capitalism into a powerful force for the good of humanity", according to a release published Tuesday.

"Under the moral guidance" of the Pope, it says it "invites companies of all sizes to harness the potential of the private sector to build a fairer, more inclusive, and sustainable economic foundation for the world."

And get this - the council is led by a "core group of global leaders" called the Guardians for Inclusive Capitalism. We swear we didn't steal this narrative from a Marvel movie.

This group, who you have likely never heard of until today, apparently "meet annually with Pope Francis and Cardinal Turkson" and represents "more than $10.5 trillion in assets under management, companies with over $2.1 trillion of market capitalization, and 200 million workers in over 163 countries."