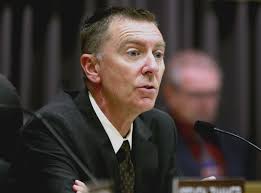 A Los Angeles judge has tentatively struck down the county's ban on outdoor dining after the Public Health Department – led by Director Barbara Ferrer – failed to provide a scientific basis for the order.

According to The Real Deal, LA County Superior Court Judge James Chalfant overturned the county's outdoor dining ban which went into effect on Nov. 25, calling it an "abuse" of powers that are "unsupported by any findings."

"The Restaurant Closure Order is an abuse of the Department's emergency powers, is not grounded in science, evidence, or logic, and should be adjudicated to be unenforceable as a matter of law," wrote Chalfant in a 73-page assessment which found that the county failed to perform a required risk-benefit analysis about the restriction.

As Politico notes, "The tentative ruling to block the indefinite ban won't have immediate practical consequences for Los Angeles-area restaurants, as the county is now under a temporary stay-home order tied to the region's quickly diminishing ICU capacity. But it marks a symbolic and legal victory for those challenging the emergency powers flexed by state and local officials — and a rare setback for public health authorities facing a worsening crisis."