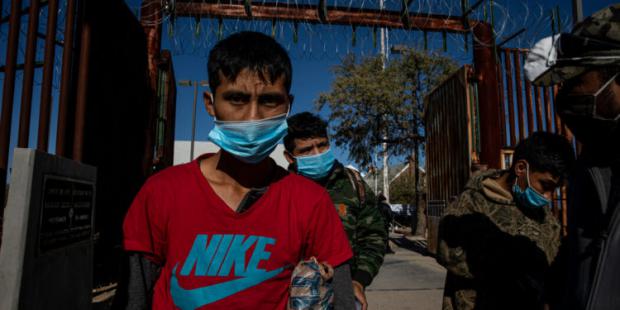 They had lost their way on the final leg of a monthlong journey from Guatemala, encountering only herds of javelinas, lone coyotes and skin-piercing cactuses as they staggered north. Exhausted, thirsty and cold, they did not resist arrest.

Less than two hours later, agents had already processed them and deposited them back across the border in Mexico. Alfonso Mena, his jeans ripped at the knee, shivered with his companion on a bench less than 300 yards from Arizona and sobbed uncontrollably.

"What wouldn't you do to help your children get ahead?" he said. A landscaping job in Houston awaited him, he said, and his family was counting on him. "We are not bad people. We come to work."

It was not the first time he had tried to enter the United States. And it was unlikely to be the last.

Unauthorized entries are swelling in defiance of the lockdown President Trump imposed on the border during the pandemic and shaping up as the first significant challenge to President-elect Joseph R. Biden Jr.'s pledge to adopt a more compassionate policy along America's 1,100-mile border with Mexico.