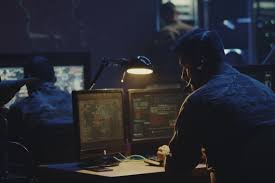 Now, as the UK prepares to launch a massive national vaccination program, it is openly enlisting the UK military to crackdown on dissent, not even in a physical sense, but merely the act of questioning the government's official line regarding the "pandemic" and COVID-19 vaccine.

The UK is unleashing soldiers to track "disinformation."

According to The Sunday Times, leaked documents have revealed that UK specialist soldiers are now monitoring the internet for COVID content and researching how British people are "being targeting" with the alleged misinformation (translate misinformation to mean anything that goes against the official narrative).

The army has mobilised an elite "information warfare" unit renowned for assisting operations against al-Qaeda and the Taliban to counter online propaganda against vaccines, as Britain prepares to deliver its first injections within days.

The defence cultural specialist unit was launched in Afghanistan in 2010 and belongs to the army's 77th Brigade. The secretive unit has often worked side-by-side with psychological operations teams. (source)

These internet spies analyze how messages travel around the world, who is reading or viewing them, how the viewer or reader reacts, and how they then pass that information on to other people. The defense unit in charge of the massive spying operation is part of the 77th Brigade and works alongside Psychological operations teams in Afghanistan.

The unit collects "evidence of disinformation regarding the vaccines from hostile states, including Russia."