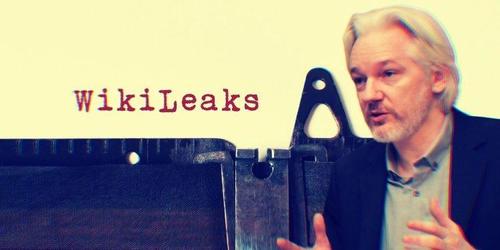 Leaked audio obtained by Project Veritas reveals that in 2011, WikiLeaks founder Julian Assange warned the Hillary Clinton-led State Department that a rogue employee had stolen a trove of classified cables from the whistleblower organization and was about to release it.

Assange told State Department attorney Cliff Johnson that WikiLeaks had planned to release the cables with sensitive information redacted, and expressed concern over endangering people by what he believed to be a reckless release.

"Yes, so the situation is that we have intelligence that the State Department Database Archive of 250,000 diplomatic cables including declassified cables is being spread around and is to the degree that we believe that within the next few days it will become public," said Assange, adding "We're not sure but the timing could be imminently or within the next few days to a week and there may be some possibility to stop it."

State Department attorney Cliff Johnson: "Who would be releasing these cables? Is
this WikiLeaks?"

Julian Assange: "No, we would not be releasing them--this is Daniel Domscheit-Berg, a previous employee that we suspended last August."

Johnson: "And he apparently has access to the material that Wikileaks also has?"

Johnson: "And he has access to everything you have is that right?"

Johnson: "OK. And that includes classified as well as the unclassified cables."