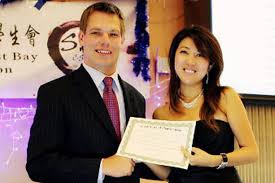 The Congressman denies it, and yet eventually, it's demonstrated that he has been, in fact, engaged in espionage on behalf of foreign communist paymasters.

Perhaps the reader might be thinking that this case is connected to the People's Republic of China; after all, its many spy programs have been in the news a lot lately—including just this past week.

On December 1, John Ratcliffe, the former Member of Congress whom President Trump appointed as Director of National Intelligence (DNI) earlier this year, wrote in The Wall Street Journal, "The People's Republic of China poses the greatest threat to America today, and the greatest threat to democracy and freedom world-wide since World War II." He added, "The intelligence is clear: Beijing intends to dominate the U.S. and the rest of the planet economically, militarily and technologically."

In addition, in a December 3 interview with CBS News' intelligence ace, Catherine Herridge, Ratcliffe added more detail, asserting that the Chinese have proven themselves capable of using blackmail, bribery, and covert and overt influence to ensure that the U.S. enacts laws and policies favorable to China.