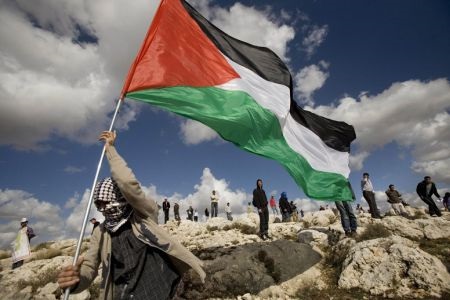 December 8 came and went as if it was an ordinary day. For Palestinian political groups, it was another anniversary to be commemorated, however hastily. It was on this day, thirty-three years ago, that the First Palestinian Intifada (uprising) broke out, and there was nothing ordinary about this historic event.

Today, the uprising is merely viewed from a historic point of view, another opportunity to reflect and, perhaps, learn from a seemingly distant past. Whatever political context to the Intifada, it has evaporated over time.

The simple explanation of the Intifada goes as follows: Ordinary Palestinians at the time were fed up with the status quo and they wished to 'shake off' Israel's military occupation and make their voices heard.

Expectedly, the Palestine Liberation Organization (PLO) quickly moved in to harvest the fruit of the people's sacrifices and translate them into tangible political gains, as if the traditional Palestinian leadership truly and democratically represented the will of the Palestinian people. The outcome was a sheer disaster, as the Intifada was used to resurrect the careers of some Palestinian 'leaders', who claimed to be mandated by the Palestinians to speak on their behalf, resulting in the Madrid Talks in 1991, the Oslo Accords in 1993 and all other 'compromises' ever since.

But there is more to the story.

Thousands of Palestinians, mostly youth, were killed by the Israeli army during the seven years of Intifada, where Israel treated non-violent protesters and rock-throwing children, who were demanding their freedom, as if enemy combatants. It was during these horrific years that such terms as 'shoot to kill' and 'broken-bones policies' and many more military stratagems were introduced to an already violent discourse.