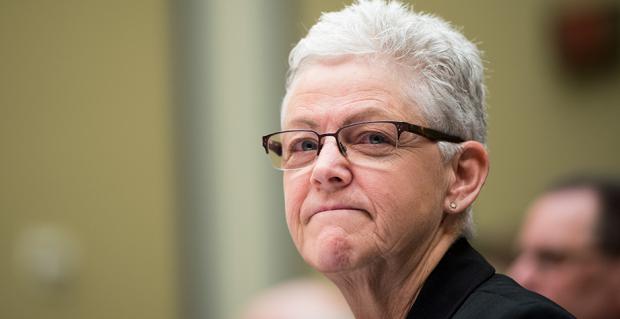 The criticism rained from all both sides of the aisle, as well as from activists. According to the Detroit Free Press, LeeAnne Walters, an environmental activist from Flint who first brought attention to the lead problem, told NBC 25 in Saginaw that the expected appointment was "absolutely appalling" and "a huge injustice to everyone in Flint and everything that we've suffered."

Former Republican Rep. Jason Chaffetz, criticized Biden as "oblivious about Flint," given that he is "empowering Gina McCarthy again."

"She was a disaster at EPA, and now he is bringing her back for more," Chaffetz said in a post on Twitter on Tuesday night. "Michigan, your votes mattered, and Biden is bringing Flint water to all of us."

At the time of the Flint water crisis, where lead from aging pipes leached into the city's water system after it changed its water source, Chaffetz was the chairman of the House Oversight Committee, which held hearings on the issue.

Chaffetz wasn't the only one to object. "The people of Michigan won't soon forget Gina McCarthy's mishandling of and failure to adequately respond to the Flint water crisis as EPA administrator," U.S. Rep. Tim Walberg, a Tipton Republican and a former member of the committee who took part in the Flint hearings,  told the Free Press Wednesday morning. "That ineptness alone is reason enough to disqualify her from a senior role, but her push for higher energy taxes and heavy-handed government regulations is also concerning for consumers."